7 FinTech Advancements From which All Businesses Will Profit

The field of financial technology is one of the most fiercely contested. Today, it is populated with some of the smartest and most daring entrepreneurs.

With banks and financial institutions looking to protect market share, while growing revenue and profitability, they require returns. And it’s for this reason that the FinTech space has generated some of the most innovative and creative companies. Technology that has proven itself in the intense crucible of the finance sector can then also be subsequently adopted by companies across sectors.

There are currently advancements being made throughout the financial technology space that are, or will, have far-reaching impacts on finance. In this article we run through six FinTech innovations that businesses of all kinds can profit from.

Otherwise known as RegTech, regulatory technology is an offshoot of FinTech. The premise is simple: adhering to industry conventions and legal regulations is arduous and annoying for businesses of all shapes and sizes, so let’s use technology to automate it.

With so many regulations in place, covering areas such as fraud, compliance, onboarding, AML and more, banks are stuffed with departments of teams ensuring they abide by these regulations. RegTech, by automating, simplifying and leaving to AI or machine learning what was previously done by humans, has the ability to free resource and time, and save on cost.

Driven by the remarkable buzz - and bubble - surrounding Bitcoin, cryptocurrency has taken an odd path to mainstream awareness. In fact, the fluctuations of the speculative investment did significant short-term damage to the concept of decentralised currency, making it seem unlikely to be seen as a viable new model for payments and transactions. While it did meet some early acceptance in the ecommerce world when the mainstream Shopify CMS integrated Bitcoin as a payment option at the tail end of 2013, it has yet to stabilise and gain mass adoption. Despite this, Jon Sutton of FireRite believes hospitality will be one of the first industries to accept bitcoin as payment

But now some time has passed, we’re started to get a better idea of what cryptocurrency can mean for the business world. Being decentralised, it can better support privacy. Remittance is immediate and built on blockchain technology, allowing security in payments.

Most notably, according to Eden RL, cryptocurrency transactions can cut back on fees and more readily support international exchanges, something that can be great for businesses that want to expand. There are still concerns around the use of crypto, but the recent announcement from Facebook on the launch of Libra, has reignited interest in the use of, and implications of, crypto. Check out this study from Bayut about buying a house with bitcoin to find out where cryptos might be heading.

Blockchain has attracted a lot of attention outside of just cryptocurrency’s, because it has much wider applications across business. By storing data using blockchain, businesses can ensure security, stability, and transparency.

Blockchain provides businesses with options across many areas. Blockchain is a technology with great potential — look at companies like Conduit using it to provide meshed cloud processing.  We’ll see this within the other examples we give, as blockchain can act as the bedrock of many of the pending changes to the wider business world.

Traditional contracts can be awkward to draft and approve. They can be kept under wraps, disputed, or even destroyed. And when contractual obligations aren’t being met, the process of getting the offending party’ to remedy errors can be expensive, laborious, and, at times, ineffective; whilst a CLM system is recommended to manage contracts effectively, what happens when a massive company breaks the terms of its contract with a small business, such as AEL, lacking the funds to contest it in court?

According to Ian Lawson from Slickplan, Blockchain makes it possible to create smart contracts. Where a traditional contract is binding legally, a smart contract is binding in a much more direct sense — each party involved agrees on the specific terms and digitally signs the contract, at which point it is saved on blockchain technology, waiting for the required conditions to be met.

Only when each party transparently complies with the terms will the contract be satisfied, and if a specific element isn’t met — a strict deadline is missed, for instance — then the agreed penalty can automatically be activated (eg, the offending party can be charged a set sum). No need for lawyers to make cases, no need for independent arbitration. Just cause and effect. In the long run, this could save smaller businesses a lot of money.

Finding the best ways to determine identity is a natural concern for the finance industry — account holders aren’t typically happy to see their funds drained by impostors. Banks and payment services led the way in pushing the use of fingerprint readers, which have now become standard-issue in smartphones. Incoming legislation on multi-factor authentication will also help to ensure that only account holders who are able to authorise payments.

The effect on profit is simple, but profound: cases of mistaken identity are invariably costly to the companies responsible, and excellent identity verification helps to stop them from happening — services like bank account validation from The ID Co. can rapidly confirm (or deny) account legitimacy, helping businesses make better decisions.

In a world that’s steadily getting to grips with the immense potential of the IoT, strong security is absolutely essential for ensuring that the right people get access to the right information. With multi-factor authentication soon to be introduced under PSD2, it will soon become standard to use a rich combination of biometric elements to rapidly confirm identity, allowing businesses to implement richer technological personalisation. 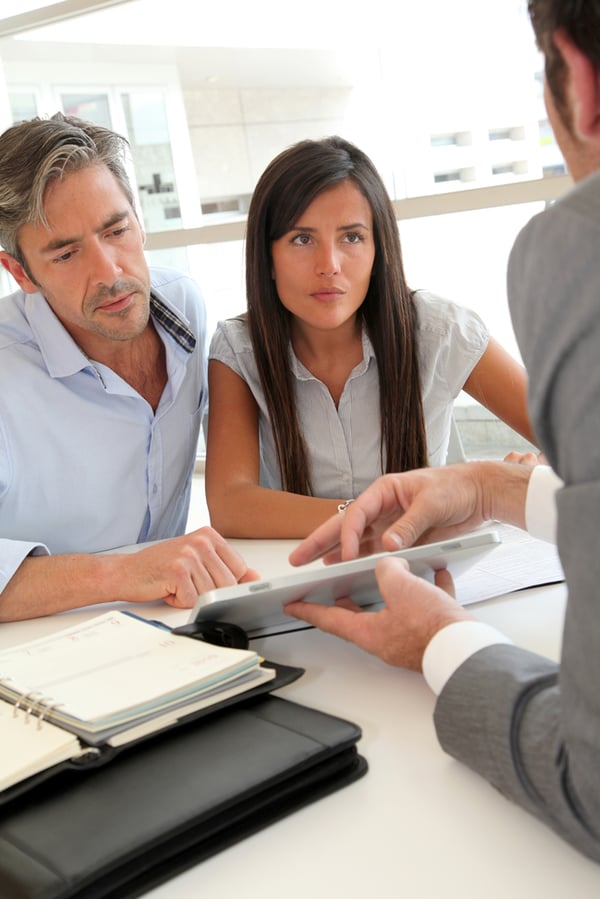 As new digital banks have come into existence, taking advantage of the technological innovations we’ve seen already, they’ve changed the foundation of money lending, crowdsourcing, and angel investment. P2P lending is particularly powerful as small businesses are given access to funding they may not have been able to receive from a traditional lender.

Rates of interest can be set dependent on the proposition at hand, and on the risk-appetite of the lender, ultimately offering lower barriers to access for small business.

APIs in themselves are not a new proposition, but their use has changed beyond all recognition, following the introduction of Open Banking in January 2018. According to SIXGUN digital agency, consumers and business can now benefit directly from the data held on them by their banks. This could be used to gain better rates of interest on a loan, used to attract investment, validating the bank accounts of employees or service providers for fraud purposes and product innovation. With Open Banking in the UK under two years old, progress on these fronts has yet to take off. That said, the opportunities there for small business to benefit from bank data are enormous.

The role of technology in the business world has been with us for many years, aiding risk management and other regulatory matters, and from the first computers, to the internet to today’s FinTech advancements, will constantly change how we work. The opportunities listed above represent the cusp of the FinTech proposition, but are seven that I feel could reshape how business think and act.

Any business owner with grand aspirations should think carefully about how they can start making changes to take advantage of them.

Rodney Laws is an ecommerce platform specialist and online business consultant. He’s worked in the ecommerce industry for nearly two decades, helping brands big and small to achieve their business goals. You can get his advice for free by visiting EcommercePlatforms.io and reading his detailed reviews. For more tips and advice, reach out to Rodney on Twitter @EcomPlatformsior.

Do the Risks Associated with Bank Data Make it Right for Your Firm?

Implementing digital technologies within a bank can have a profound impact on Customer Lifetime Value (CLTV). Find out how, in this article.

The rise of Big Tech has been well documented. Might it be possible that they are ready to eat the lunch of the banking industry?