Welcome to the Frictionless Finance Report, our monthly look at everything new in the world of Open Banking, FinTech, and consumer experience. If you’d like to receive this in your inbox, fill in the form at the bottom of the page.

This month we bring you a slimmed down version of the Report, as we look forward to a revamped style and offering that will be winging its way to you in January. There will be no Report in December.

Jump to the your news:

“Data is the new oil”

How many times have we heard this analogy of late? While it may not be strictly accurate, it certainly highlights and reinforces the importance of data to us both as individuals and collectively.

The role of data has certainly been highlighted this week, none more so than by US Presidential candidate Andrew Yang, who has written a blog post on his website calling for Americans to have access and control of their data.

Responding to calls for further legislation of the big tech firms in America (principally from rival nominee Elizabeth Warren), Mr Yang sets out how firms such as Google, Amazon, Facebook and Apple are making the types of decisions normally reserved for national government. As a result, he proposes a four-step solution, the first of which, is to establish data as a property right. He writes:

“If our data is being used, we need to know how it’s being used and how we’re being compensated for it. We also need to regain control of it when we want. By implementing measures to increase transparency in the data collection and monetization process, individuals can begin to reclaim ownership of what’s theirs."

Mr Yang, who is also a proponent of Universal Basic Income (UBI), has proven himself to be very well versed on all aspects of technology.

While he is still a long shot to be the 46th President of the United States, one could safely assume that were it to happen, Americans would witness a sea-change in their relationships with tech providers and their data.

More information can be found on Andrew Yang’s website, with further coverage in Business Insider.

How can brokers utilise Open Banking?

Brokerages have not, as yet, embraced the full potential of Open Banking, but two articles featured in Mortgage Solutions call for that situation to change.

The first features a summary of a presentation from HSBC’s Chris Pearson who calls for brokerages to ensure that their digital strategies are aligned with their in-person offerings.

The second is from Craig Calder of Barclays who reiterates the importance of Open Banking and suggests that lenders need to do more to educate and inform brokers on the use and implementation of Open Banking to help customers get the very best offers.

How will Open Banking support payments?

Our inbox at Frictionless Finance HQ continues to fill up with new developments, and particularly how Open Banking can support the payments industry.

The sector continues to undergo seismic shifts. Competing technologies and consumer behaviours will ensure that the system will look very different in another decade – as the near death of cheques and to some degree cash - has shown this decade to be very different to the last.

A new survey released by Nuapay has shown that 97% of merchants are looking to Open Banking to support their payment processes.

With merchants increasingly looking at improving customer experience, the benefits that Open Banking provides for the customer have seen its popularity increase. Customer experience was viewed as being critical for 87% of respondents.

76% of respondents, however, did concur that implementing Open Banking within their business could prove challenging.

Nuapay have taken the opportunity of publication of the report to write an opinion piece in Crowdfund Insider to consider how merchants in the UK may consider developments in China and the East, particularly QR codes, to supplement Open Banking. 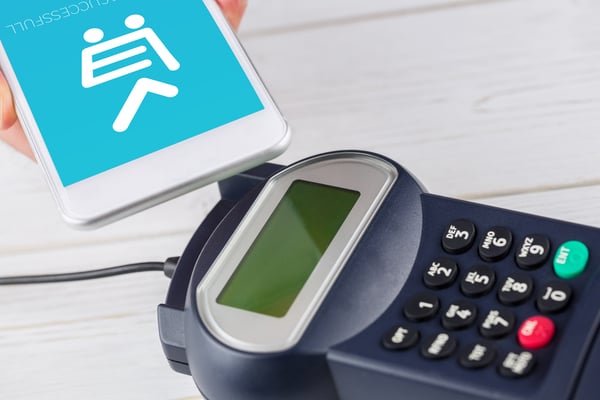 News via the Paypers and opinion piece in Crowdfund Insider.

In news of further Open Banking reports, Capgemini and Efma have published the World Retail Banking Report. Central within their report was the news that financial institutions are struggling to align their digital services to offer maximum customer experience. The report also states that banks are struggling to adapt their mindset from Open Banking to one of Open Finance.  Around one third of banking executives stated they were using Open Banking services at this time.

Coverage via techapeek and moneycontrol.com

Our congratulations go out to all the finalists in the Nesta Open Up Challenge for 2020. The competition which is run by Nesta in conjunction with Open Banking Limited is open to firms using Open Banking technology to enhance consumer’s financial wellbeing.

Best of the rest in Open Banking:

In our round-up of developments from across the globe, we’re thrilled to bring you news from two countries who have only appeared briefly on these pages in the past.

An official pilot into Open Banking has commenced in South Korea, as of October 30th. Initially, Open Banking will only be provided by 10 banks. After an assessment by the Korean government slated for December 18th, the technology will be rolled out to further banks and FinTech’s. Next year the government proposes extending the scheme to non-financial institutions such as savings and the postal service.

The Turkish Government has passed legislation that will allow for the introduction of Open Banking. Coordination of Open Banking will now pass to the Central Bank of Turkey, with the establishment of a Union of Payment and Electronic Money Institutions of Turkey.

In the finance sector, nothing makes people sit up and take notice like the mention of one of the big tech companies.

This month, not one, but two have announced that they are making a concerted move into financial services. And when the first name is Google....

Code-named “Cache”, Google, in partnership with Citigroup, have announced that they are to launch a checking (current) account in the United States. The accounts should be available for use through 2020.

Launching the new accounts is sure to add fuel to the fire of data privacy campaigners and those that worry that big tech could undermine the finance sector. Initial comments also seem to suggest that Google will not be self-branding the new accounts, but working through their partner companies, such as Citi. Google will need to respond to questions on whether it’s customers data will be used for activity such as ad targeting. 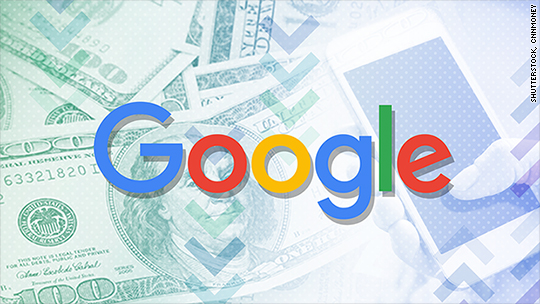 “We’re exploring how we can partner with banks and credit unions in the U.S. to offer smart checking accounts through Google Pay, helping their customers benefit from useful insights and budgeting tools, while keeping their money in an FDIC or NCUA-insured account”

The second to announce its first foray into the sector is Uber. The new service, Uber Money, is to be rolled out to help its 4m drivers manage their finances. Initially this will involve the launch of a new digital wallet and $100 overdraft protection. Of real benefit to drivers, Uber has said that this will allow it to pay drivers in “real time”.

Initially being introduced to drivers in the US, the company plans to export the system globally over the coming months.

The company is also relaunching its Uber credit card, with backing from partner, Barclays.

The original press release can be found on the Uber website, with further coverage coming from Finextra, the FT [paywall] and Forbes. 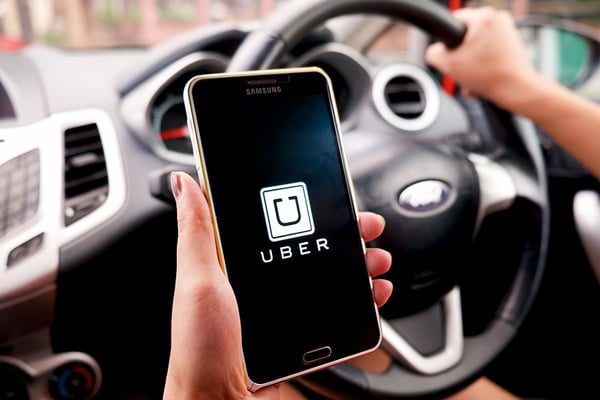 This leads us nicely to a broader discussion on the relationship between the financial community and big tech – one that we on these pages are no stranger to. Two articles that have reached our ears over the last month that have resonated stem from Chris Skinner and the Financial Brand.

For his part, Chris Skinner, argues that big banks should reach out to the big tech firms and assist them should they wish to offer banking services.

In the Financial Brand, Jim Marous posits that big tech firms are embracing financial services as part of a move to becoming “super apps”, that is, those that can offer multiple services. Uber is one of the best examples of this, offering ride hailing, food delivery, public transport tickets, and with the aforementioned Uber Money; financial services.

Best of the rest in finance:

Christopher Gorst of Nesta, has also written on how and why UK FinTech has proved to be such a roaring success.

We've been blown away with the response we’ve had to the release of parts 1 & 2 of our new podcast, produced in conjunction with the Lending Standards Board. If you’ve not yet had the pleasure of listening to it, you can do so on all your favourite platforms.

We’re currently seeking guests that can lend their thoughts on all things finance, Open Banking and lending for future episodes. If this is you, or someone you know, please get in touch – frictionlessfinance@theidco.com


Stay tuned for news of future developments in this space!

In the last week our CEO, James Varga, penned his thoughts for Bobsguide on how Open Banking will continue to evolve into a system of Open Finance. Competing pressures such as big tech and consumer demands mean that regulations are not now in-line with reality; opening up the system is now a must.

We’ve just had word in from our friends at the Financial Data & Technology Association (FDATA) that DirectID is up for a number of awards in their annual awards. We’re up against Credit Kudos and Nuggets in the ‘best new innovation in driving frictionless digital financial distribution’ award. 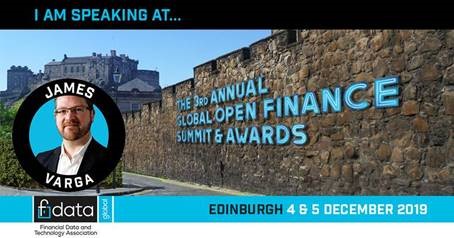 Also, CEO, James, is a finalist in the ‘open banking hero’ award, up against some genuine industry stalwarts! We look forward to welcoming all to Edinburgh for the FDATA conference taking place on the 4th and 5th December and awards evening on December 5th at the National Museum of Scotland.

That's all for this month. Do let us know your thoughts on your top reading for the month, and anything you would like to see included in this report for future.

This month in the Frictionless Finance Report we examine the continued push towards a system of Open Finance, the impact on the financial system of a pandemic, and a big awards win for DirectID.

This month we examine the transition from Open Banking to Open Finance, the success of FinTech in the UK, and the importance of tech in UK banks.

This month we examine the impact of Open Banking two years after its introduction, a European digital coin, and a new and look and feel for DirectID.