Edinburgh, Scotland: NoMo, the first mobile app that offers simple financial cashflow tracking has been launched by The ID Co. The app seeks to offer users an honest appraisal of income and outgoings, simply, and with a human touch.

The app differentiates form other personal finance management (PFM) apps by bringing a healthy dose of personality, aligned with a clean and simple interface.

With 80% of young professionals stating that they find it difficult to judge their finances properly, NoMo aims to let users see if they are up or down in their finances by comparing their daily historic average of their current account against the current sum of funds.

The app was developed after a plethora of similar apps offering budgeting, savings and other advice were introduced to the market. NoMo does not offer these traits, but gives users answers to one question alone. “Do I have more or less in my bank account than I did at this time last month?”

The snapshot provides a quick summary to show the user how much they are up or down with the aid of personal messages from NoMo. The messages can be controlled in the settings by altering the personality slider for NoMo. 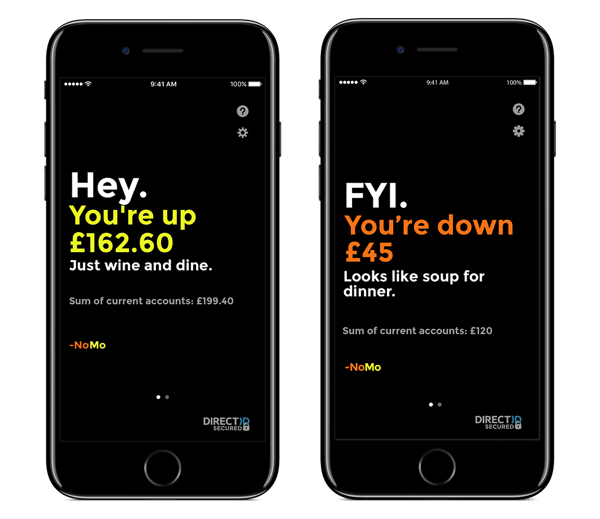 NoMo works as a standalone app or alongside other PFMs in the market such as Yolt, Money Dashboard and Chip. Its goal is to remove the stigma around day to day spending habits, make it easier for users to discuss their finances openly  and feel more comfortable in their finances, good or bad.

NoMo offers a guiding hand to help users get back in the right mindset. NoMo aims to ensure the next generation of professionals have a healthy outlook on their finances and feel good about spending where they can. 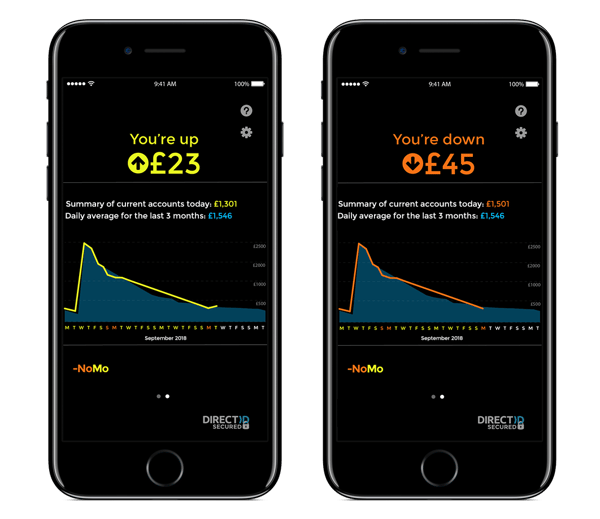 NoMo has been launched to complement the offering already offered by The ID Co., which includes the B2B platform, DirectID. DirectID supports, 5,500 banks globally, in 32 countries, and in August integrated with Clydesdale and Yorkshire Bank (CYBG) to allow CYBG customers to see view accounts with other banks within their “B” App.

Commenting on the release of NoMo, The ID Co., CEO, James Varga said: “We have been working on building a consumer App that allows customers to answer one very simple, but important question, and we’re confident that this premise means NoMo will be a great success with customers. It was important for us, that as well as being involved in working with financial institutions with DirectID, we also have a consumer offering that will broaden our appeal within the market. Our research suggests that there is a very strong appetite for such an App and we look forward to the reception it will receive on launch.”

NoMo is available now on iOS with a scheduled release date in Android of December 2018. 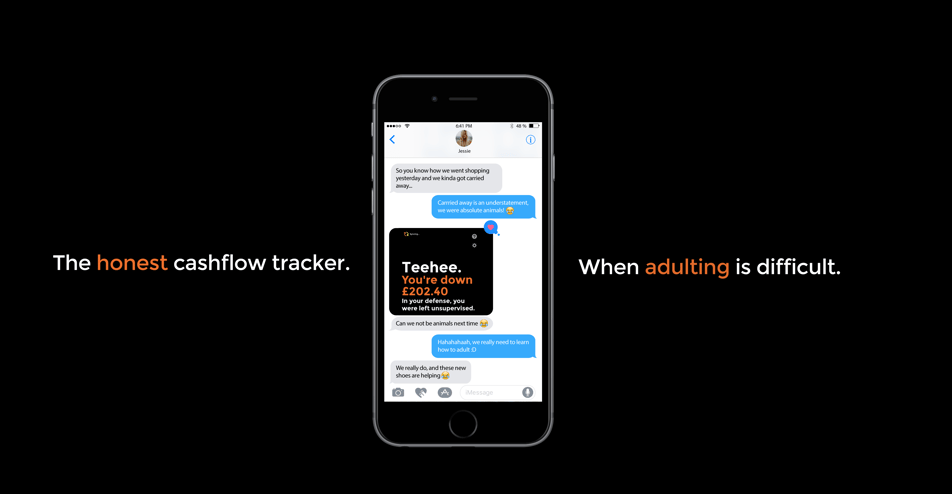 About The ID Co.

The ID Co. (theidco.com) helps businesses like lenders to onboard their customers by removing friction caused during the application process by the current challenges of risk, compliance, fraud, and regulation.

A global Scotland-based FinTech, The ID Co. has been pioneering the use of bank data and Open Banking since 2011 and is an active participant in the UK Open Banking initiative and a founding member of FDATA, Innovate Finance, and Open Banking Excellence.

NoMo is a simple cashflow tracker app that allows the user to connect their bank account and see if they are up or down by comparing their daily historic average against their current sum of funds. Further details can be found at theidco.com/nomo

DirectID is delighted to be amongst the first signatories of the new FinTech For All Charter designed to challenge workplace bullying and harassment.

DirectID are delighted to have won the Open Banking Product or Service of the Year at the FS Tech Awards .