Earlier this summer I was delighted to bring to market the latest PFM offering from The ID Co., NoMo. The NoMo project has been a long road, and the distance travelled has been enormous.

We're now at a juncture where I believe an update to the market is needed to allow for discussion on where we are, and the plans for future releases.

NoMo (No Money, Mo Money) was released last summer, and I was delighted with the reception it received and attention garnered subsequently. Downloads have been in the many hundreds, and each download, piece of feedback, user error or otherwise has allowed me to add to, amend, or in some cases completely rethink the future roadmap for the app.

The aim for NoMo, as I wrote in the original press release “is to remove the stigma around day to day spending habits, make it easier for users to discuss their finances openly, and feel more comfortable in their finances, good or bad.”

NoMo gives users a snapshot of their finances, including whether they are up or down in their finances by comparing their daily historic average of their current account against the current sum of funds.

While we have yet to undertake any concerted research into whether NoMo has made users more comfortable viewing their financial statements, anecdotal feedback that I’ve received, is that it has. The subject of money and mental health is one that is very close to the heart of NoMo, and I hope to do more around this issue through 2019. It’s encouraging to see financial institutions recognise the direct corollary that can be found between mental health issues and finances, as evidenced by a number of the big banks recently offering to block payments to gambling sites. 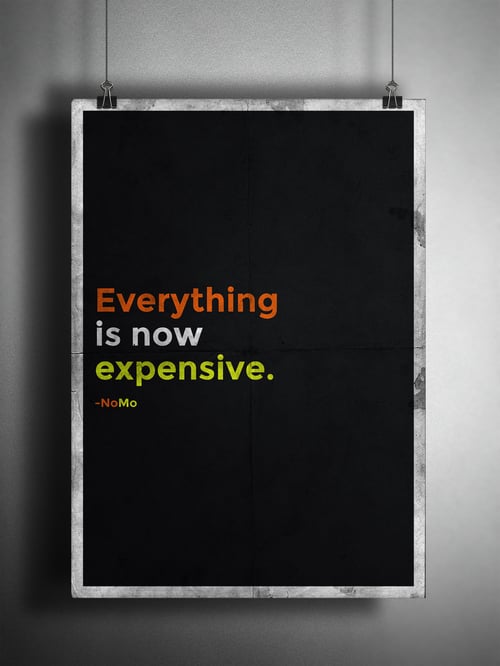 Back to the here and now

Thanks in part to the strong six months that NoMo has had over the tail-end of 2018, we go into the New Year with strong aspirations of what can be achieved through 2019. As mentioned, downloads have been in the hundreds, which has afforded me both opportunity for feedback and examples of what has been working well and what requires improvement.

As a team we’ve listened to this feedback and I’m pleased to say I’m now in a position to outline some of the changes already implemented within the app, as well as some future releases.

The NoMo team has been working hard over the Christmas period to bring about some of the most requested changes within the app, as well as ensure that NoMo enjoys the same functionality as Direct ID, NoMo’s B2B sister product.

To that end, I’m delighted to announce that NoMo now offers direct integrations with the major UK banks, utilising Open Banking. The full list of banks is as follows:

This will allow NoMo users to connect the app to their banks seamlessly and quickly. User’s data will be available faster and in real-time. Open Banking is far more secure than screen-scraping and will offer NoMo users enhanced security on their accounts. Our aim is for all users to enjoy the benefits of Open Banking through NoMo, and these integrations cover around 90% of the UK current account market.

Our goal is to create the best PFM on the market, respondent to requests from users and ultimately give control and insights into their financial spend. These updates go a long way to making this position a reality. I look forward to continued engagement with NoMo users so that we can build the most responsive PFM possible. I’m delighted that the launch of Open Banking has provided us with the opportunity to integrate with the banks mentioned above.

I will continue to update as more functionality is added through 2019, including that mentioned above. In the interim, I look forward to hearing the thoughts of everyone that is using NoMo on how it can be further developed.